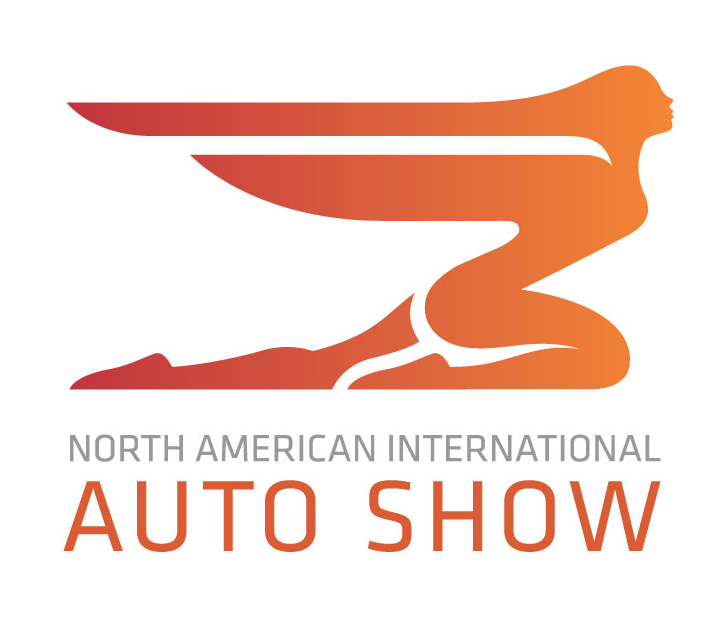 The US auto industry is back.  After several years in the doldrums, finally there was a strong feeling of optimism and excitement, at the Detroit auto show this year.  Even the weather cooperated for once, with relatively mild temperatures and no snow.  The media days were well attended, with the usual throngs of reporters and writers crowded around the industry “stars” like Marchionne and Mulally, hanging on every word.

The real stars of the show are the cars of course, at least as far as the public is concerned and they were not disappointed.  As further confirmation that the show was upbeat, a good many of the introductions and concepts featured up-market brands and higher priced vehicles.  Front and rear lamps are increasingly jewel-like, with more and more LED accents everywhere.  Bodysides are becoming more and more sculptured, with strong feature lines sweeping in all directions – some more successfully than others!  Under all that bling, the serious business of making good cars continues unabated.  Fuel economy and emissions requirements continue to drive more and more drivetrain efficiency.  Hybrids are everywhere, full electric vehicles are still struggling to make an impact, turbo-charging is a strong trend, along with fewer cylinders in the engine, but more speeds in the transmission.  And don’t forget diesels.  The US has long resisted the transition to the diesel engines that Europe so embraced, partly due to a lingering perception that they are noisy and smell bad, but also because there has never been a price incentive to encourage the switch.  Diesel fuel remains more costly than gasoline in North America.  Nevertheless, more and more diesel engine options are becoming available in the US and to make the point, Jeep introduced a diesel version of the Grand Cherokee at the show.

The big news at GM was the new Corvette Stingray, a further evolution of Chevrolet’s flagship model.  The car generated quite a lot of interest although some people think that the car is somewhat “overwrought”, with lots of vents and feature lines, plus elements from numerous earlier generation Vettes.  The biggest complaint, however, was that the rear lamps were square and not the twin round lamps that have always been a Corvette trademark feature.  Overall the car looks quite dramatic, but then again, it is hard to fail when the proportions the designers are working with are this good!   The real question is, “Can the car attract younger buyers?”  The other big news from ‘the General’ was the new family of Chevrolet and GMC full size pickups.  Although they have some interesting features, like the counterbalanced tailgate that makes for easy opening and closing, the designs were underwhelming and lack the reach that they needed to compete more strongly against the market leading Ford F150.  Introduced with a lot less fanfare was the new Chevrolet Impala full size car.  With a lot more presence than its dull predecessor, this could be a worthy competitor to the Chrysler 300 and Ford Taurus.  Also significant was the Cadillac ELR introduction.  Basically it is a Chevy Volt with a swoopy Cadillac coupe bodystyle and a suitably luxurious interior.  The car is attractive, (apart from some minor exterior trim issues), but the real question is, will it sell in sufficient quantities to justify the development cost?  And does Cadillac need another two-door coupe alongside the CTS coupe?  Time will tell, but the superbly executed Volt is selling much slower than GM had hoped and the Nissan Leaf is in similar trouble.  Electric cars are still too expensive for prime time.

With the recent introduction of the new Fusion, Ford has a strong car well executed line-up with Fiesta/Focus/Fusion/Taurus.  These cars, backed up by impressive powertrains, (further bolstered at the show by a new three cylinder Ecoboost motor) provide Ford with a very competitive market position.  Ford aims to protect its dominance in the pickup market and had a beefy looking concept truck on display to blunt the announcement of the new Chevy Silverado.  Introduction of the European developed Transit van to replace the long serving Econoline as well as a new passenger version of the Transit Connect, further demonstrate Fords strength in the commercial side of the business.  Ford’s whole range of cars and trucks demonstrates the soundness of Alan Mulally’s push for “One Ford” and the efficient use of worldwide resources.  The problem at Ford is that they need to revitalize Lincoln as a luxury brand, and fast.  A great deal of effort is being put behind that objective and to that end the MKC small SUV (yes another one!) concept was revealed.  The prominent Lincoln “split wing” grille may not be to everyone’s taste, but the overall execution was clean and expertly designed.

Chrysler recently updated its range of pickups (the new Ram 1500 is Motor Trends Truck of the Year), so the refreshed Grand Cherokee was the most significant news for the strongly recovering Chrysler Corporation.  With steady growth in volume and share over the last three years, the success of this rejuvenated company demonstrates the power of having a chief executive who knows what he is doing and who can really lead an organization, extracting the very best from all the employees.  Cerberus, Daimler, are you watching?

The Fiat portion of the Chrysler/Fiat display showed the Fiat 500L, a welcome sight for all those Fiat dealers who have been surviving on just the Cinquecento and its derivatives (joined at the show by the EV model) since they opened their stores in 2011.  Now they have to keep their fingers crossed that the long awaited Alfa Romeo re-launch will really happen in late 2013 with the introduction of the 4C.  With both Alfa and Fiat that could be a franchise worth having.  The 500L is a bit of an ugly duckling and is reminiscent of that other ugly duckling the Mini Clubman/Paceman, but it could well join the 500 as a cult small car and find reasonable success in the increasingly fuel-conscious North American market.  Staying with the Fiat Group, Maserati had an unusually large display in order to accommodate the world premier of the new Quattroporte.  It is undoubtedly a very elegant car, with evolutionary design cues and a significant upgrade in size in order to make room for future additions to the model range.  Maserati has some lofty worldwide volume aspirations; so watch this space for more announcements.

Controversially, Motor Trend Car named the Tesla Model S as their Car of the Year.  This is a real boost for the fledgling auto company and demonstrates what they have been able to accomplish with their first ground-up car.  Most industry observers are impressed and surprised with what Tesla has been able to achieve – including this writer.  Let’s hope that the longer-term durability/quality/reliability will keep us impressed.  Their volume expectations are another story, however, and only time will tell if there is enough demand to sustain the planned growth and expansion of the model range.  As mentioned, sales of the Nissan Leaf and Chevy Volt have been disappointing to say the least and start-up companies like Tesla and Fisker face a considerably more difficult challenge.  Tesla also revealed a concept of their next vehicle at the show, the Model X.  It is an attractive battery electric SUV based on the Model S platform with conventional front doors and “Falcon Wing” rear doors.  The rear doors open upwards from the center of the roof like a gull wing door, but fold in the middle as they open – hence falcon wing.  Of course, Tesla CEO Elon Musk also named his Space X rocket the Falcon 9, so he must like falcons!

Honda/Acura showed another NSX concept – one step closer to production we are told.  It is a stunning car from every angle, even the Acura grille looks good on this one, so let’s hope it really does become available for sale so that we can see it on the road.  Acura also showed a new MDX concept that is close to production, although I found it generic and uninspiring.  On the Honda side of the aisle they showed a small “Urban SUV” concept based on the Fit platform.  Smaller than the CRV, it looks ready for production and with its sweeping bodyside contours, would be a stylish addition to the Honda line-up.

Hyundai has been growing strongly in North American with good quality cars and dramatic designs.  The very strong bodyside feature lines or contours of the Sonata and Elantra may not be to everyone’s taste, but rival manufacturers have certainly copied them extensively.  Probably hoping for another trend-setter, Hyundai revealed a dramatic Genesis concept model, the HCD-14.  Apparently the car is being designed and engineered in Germany with an introduction date scheduled in 2014.  The car is long, low and coupe-like, with flat bodyside sheet metal topped by a strong ‘A’ line feature.  The grille is bold to say the least and the lamps are designed to mimic a cut diamond.  The interior also is bold and dramatically sculptured.  The design drew some criticism, so it will be interesting to see how much of this concept is carried over to the production version – probably not the pillar-less bodyside with rear hinged doors I am guessing.

Toyota showed the Furia concept, a clear vision of what we can expect to see when the new Corolla is rolled out in late 2013.  The bold design is a further indication of how Toyota is trying to move away from its typical dreary design image and compete more strongly with the style leaders.

BMW introduced the new 4 series which is killing the 3-series, both coupe and cabriolet. This model is lower, wider and longer than the replaced 3 series. In one word, it is sportier… Thanks to the longer wheelbase the car will have a better on road handling too. The styling is not exactly surprising, but follows the Adrian Van Hooydonk signature…and remains impressive.

Audi presented the RS7 sportback and the SQ5. Although not much in terms of styling, these cars have a lot in terms of engine and image.  It seems that Audi is a little bit stalled in its design (style) innovation at the moment, but you can be sure that their design studio is thinking about making another big hit like the first generation TT.  It is difficult to improve on a style that initiated many of the design trends that you see on the road from many other manufacturers. It is also a risk to change direction when you have reached such perfection.

VW featured two concept crossover vehicles, the Cross Blue and the Cross Coupe.  Both look close to production with typical VW professionalism.  The Cross Blue is about the same size as the Jeep Grand Cherokee, while the Cross Coupe is smaller and less functional.  Both vehicles could have key roles in VW’s North American volume and share aspirations.

Next stop Geneva, where we all meet on neutral ground.