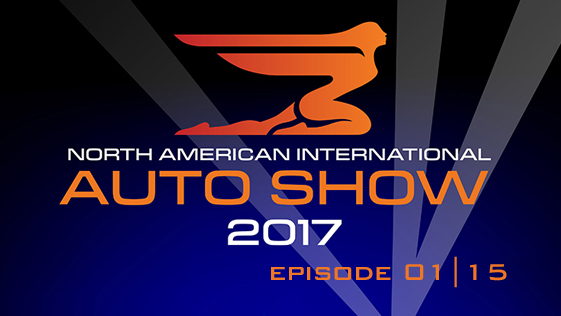 The weather was grey and cold on day one of the NAIAS – fairly typical for the Detroit Auto Show. Then it snowed about 8 cm overnight, so the commute to Cobo Hall on day two was rather messy, also a familiar scene for journalists and industry executives alike. But it takes more than wintry weather to keep Detroit down. The Los Angeles Auto show might enjoy better weather, and the Consumer Electronics Show in Las Vegas is becoming more automotive related, but Detroit is still the heart of the American auto industry. Although much maligned, Detroit remains the focal point for the US industry and still the place to be in January – weather be damned.


A few manufacturers were absent this year (Porsche, Jaguar/Land Rover, Mini, Mitsubishi, Tesla) and some of those exhibiting did not have a press conference, but there were some additions to the ranks too. The Chinese manufacturer GAC had a display this year – the first time a Chinese company has had an exhibit on the main floor.

The US saw record sales again this year, slightly higher than last year at 17.5 million cars and light trucks, finishing with a strong December. This number might be hard to match in 2017, but we shall see.

There were some important introductions at the show, notably the all-new Toyota Camry, as well as some stunning concepts to keep us excited about the future. Hybrid and electric power remain strong trends, along with a steady move in the direction of autonomous vehicles – whether we like it or not!

Here is a quick look at a few of the concepts that we will be discussing in upcoming articles: