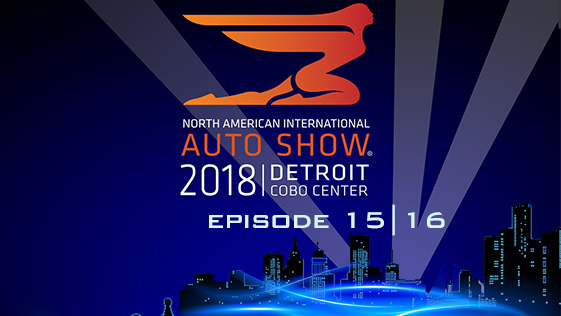 It’s official, the Chinese are coming.  GAC had a large exhibit at the Detroit show and formally announced their intention to actively seek dealer representation with a view to beginning retail sales in the US in 2019.  It remains to be seen how the Trump administration will react to the idea of Chinese cars entering the market at the 2.5% tariff presently in effect.  At least the brand name will be changed from Trumpchi as used by GAC in China!!!

The range of products that are planned for sale (although not yet certified) is quite large, with 3 sedans, 4 SUV’s and a people carrier.  The products themselves are not that exciting, but certainly competitive in the market – especially if they are priced aggressively.  The GS3 sedan and GA4 SUV are both new models announced at the show.  They are competent designs and the GA4 has a very current, (now almost de rigueur in the segment) connection between the side glass and the backlight.

To emphasize their intentions, GAC also revealed the Enverge electric vehicle concept at the show.  It is an exciting sedan/crossover design with 2 massive forward hinged side doors providing access to the quite spacious and futuristic four-seat interior.  Strangely the side “windows” were body color and opaque.  It made for an interesting look, but not too practical.  The wrap-around full width taillamp demonstrated understated elegance and overall we are quite impressed with this first Chinese concept.