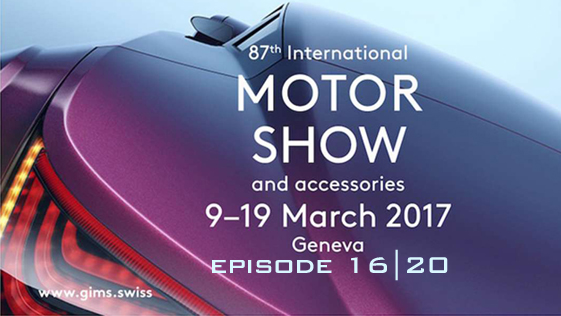 Debuted in Geneva, the Range Rover Velar is positioned between the Evoque and Sport and is based on its cousin the Jaguar F-Pace platform. The two SUV’s are similar in overall size.
Land Rover has finally realized that it needed a more affordable model than the Range Rover Sport, which very elitist. With its 4.80m length, the Velar has almost the same footprint as the Sport, so it comes close to it in size and, surprisingly, its dynamic lines also command the « sport » positioning used in the above-mentioned model … The family relationship with the Evoque is equally clear. The Velar is clearly aimed more at “comfort” than “off-road” but, like all Range Rovers, it has the necessary capabilities should some owners consider leaving the black stuff. Its fluid lines and coupe look directly position this vehicle in competition with the BMW X6 and the Mercedes GLE…
The Velar is extremely modern both inside and out. It has no control buttons or switches except the two rotary knobs controlling the air conditioning. Everything is smooth. Everything is invisible until all is revealed by activating the keyless ignition. Touch keys replace mechanical keys … even on the steering wheel. Only with hands on experience will we be able to judge how well this works. The trunk is huge (673 L).
Outside, the style is fluid and sporty. The Velar is clearly the most modern member of the Range Rover family, although its silhouette is immediately identifiable and conforms to the Range Rover style. A long hood , a floating roof , all the genes are there. However, the lines are more taught than usual and the use of Matrix Laser-LED headlights contributes to this feeling. Small details include the door handles which are integrated and flush with the bodywork.
The Velar is definitely in keeping with the traditional Range Rover style and at first glance has strong similarities with the style evoked by the Evoque. It also gives us a good indication of where the brand styling direction is heading in the near future.