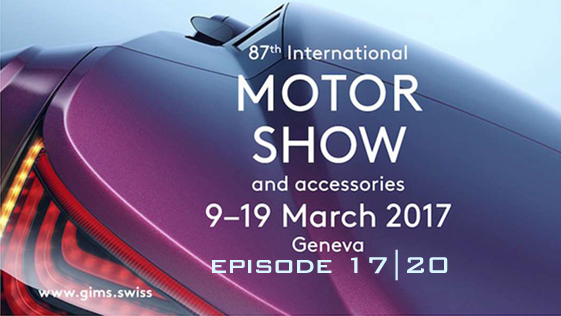 At the Geneva Auto Show, Renault decided to focus on its SUVs, the new KOLEOS and the CAPTUR.
The Koleos, which until now did not meet the success that Renault had hoped for, must in its second iteration provide Renault with a high-end SUV that is a clear choice for buyers in this segment. It offers a beautiful interior space that seems much better quality than the first Koleos. It feels good inside with a clean, clear dashboard in the tradition of récent new Renault models. The « Rlink » vertical multimedia screen, is a bit late in arriving compared with the Audi or Peugeot offerings, but welcome anyway. The rear area is large with well-designed seating. The exterior styling is not particularly advanced, but the vehicle has a good stance on the road and it is not too massive. The lights use the same signature as the Talisman or Megane. The good-sized tailgate provides easy access to a large load compartment reinforcing the positioning of this SUV which will have to earn its place in the very competitive European market.

The restyled Captur does not offer much évolution, but Renault believes that the first version is still well accepted and this is certainly true. With its two-tone colours the Captur is one of the most endearing among the small SUVs. The new grille with its LED lights and massive Renault badge is well designed. Renault needed to improve the interior quality (compared with version 1), so they gave up on the glossy plastics which were easily scratched and added leather to the high-end versions. Renault hopes that its small urban SUV will remain the reference for other manufacturers in Europe.

In Geneva, Renault also chose to « surf » the electric vehicle market by exhibiting a concept version of its Zoe. The Zoe e-Sport concept is all about a vehicle showing off its muscles. The car is fast like a Tesla and has agressive styling to match. In the interior there is no question: this Zoe is no city car. The racing bucket seats, roll bar, and stark dashboard tell us this car is all about being sporty!
Under the leadership of Stéphane Jeanin, Renault wanted to demonstrate its strong interest in this technology and display its high-tech know-how.