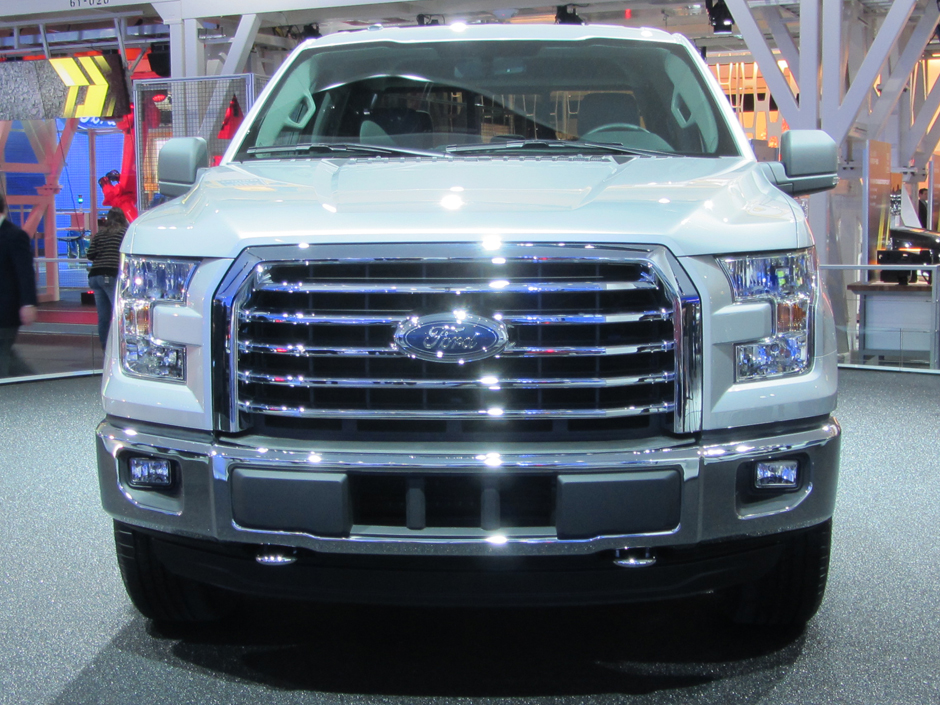 Ford shocked most industry observers with the reveal of its next generation F150 and the news that it will have an all-aluminum body.  The 2015 F150 has bold ‘chunky’ styling inside and out and will be available for sale in the 4th quarter of this year.  The dramatic weight saving of around 700 pounds (318 kg), combined with better dent resistance and improved corrosion resistance is a real game changer in the segment.  If everything works out as planned, this technology leap could put Ford as much as 8 years ahead of the competition in the race to meet future fuel economy mandates.  What has everyone scratching their heads, however, is the economics.  With annual volumes in the 800,000 unit range, will the increased material cost and infrastructure changes required for aluminum pay off for Ford.

Ford’s other big news at the show was the new 2015 Mustang.  Although exhibiting some styling cues from the Evos concept, there is no doubt that this car is all Mustang.  The nose is higher and bulkier than we would like — most likely for pedestrian impact reasons.  This, plus the relatively high belt line, makes the roofline look artificially low and the greenhouse on the small side.  The three vertical tail lamps on each side are pure Mustang and they flash sequentially — of course.  One other facet of the design is the bodyside feature line that is interrupted by the rear wheel arch flare, but then continues for just a few inches in the rear quarter panel.  Just like the Taurus and just as strange………..  We would like to have seen tighter gaps between the tyres and the wheel openings, especially with the bigger wheel/tyre combinations.  The interior maintains all the right Mustang features with the double brow, large round gauges and now huge toggle switches in the centre stack.  It is well executed, but lacks the finesse of a typical European interior.