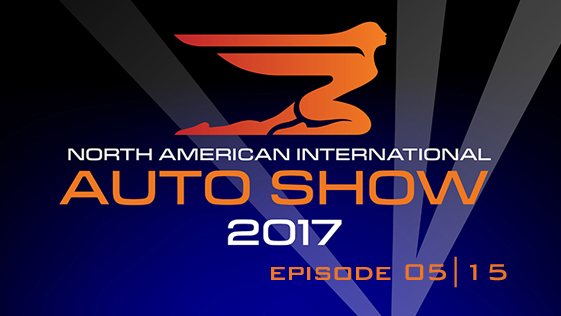 There were big announcements from the German manufacturers, both concepts and production vehicles.
Audi presented the Q8 concept, a late entry into the SUV/Coupe segment dominated by Mercedes and BMW. It is expected to be launched in 2018. Built on a shortened Q7 platform, the Q8 features a number of design cues from the famed 1980’s Quattro rally cars, including flared fenders and large front intakes below the sinister headlights. The 8-pointed grill is massive, with a strong vertical and horizontal texture that looks almost woven from a distance. The C-pillar is wide and strongly raked, reaching down to the full-width LED taillamp(s). The interior features bold shapes and multiple touch screens – a precursor for the upcoming new A8? The Bombay Blue exterior was a little jarring.

As I overheard one top industry executive sarcastically opine “Nothing says rugged, off road and sporty like baby blue”. Nevertheless the concept was enthusiastically received. It is much more graceful than the rather clumsy BMW and Mercedes SUV/Coupes and we look forward to seeing this Audi on the road..