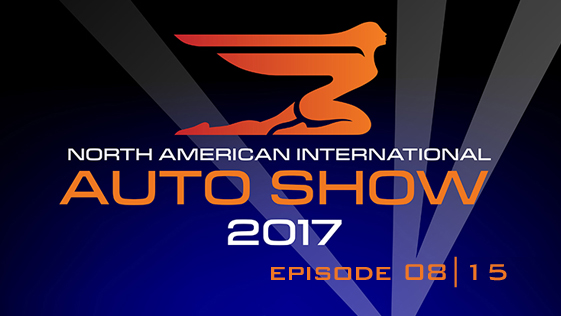 Mercedes Benz certainly has a dizzying array of products, but they still keep adding more and constantly updating the existing models. This year their theme was “dream cars” — and they have plenty that most of us can only dream about.

The big introduction was the all-new E Class sedan – the 10th generation. It is a classic unmistakable Mercedes product boasting a huge array of technology in all areas – plug-in hybrid versions; autonomous driving; autonomous parking via smart phone; car to x (anything) communication; lighter weight. The list is endless. The styling doesn’t break any new ground, but it will certainly satisfy the typical buyer.

The SLC (formerly SLK) is also new for 2017. Again, not a breakout design, but certainly nothing to complain about.

Another world premier was the AMG S65 Cabriolet. Powered by a 630 hp twin turbo V12 with 0 to 100 km in around 4 seconds, four luxurious seats and the top down, this is truly the stuff of dreams.

Also presented was the S630 Cabriolet. Only 130 examples of this car will be sold world wide – one for each year of the company’s existence!

The stand was full of desirable cars in all configurations and with multiple powertrains, including plenty of hybrids, not the least of which was the AMG GT R. The dreams just go on.


Last, but not least, we should mention the EQ electric vehicle concept. Previously unveiled at last year’s Paris show it provides us with a clear picture of how fully electric vehicles from Mercedes Benz might look.